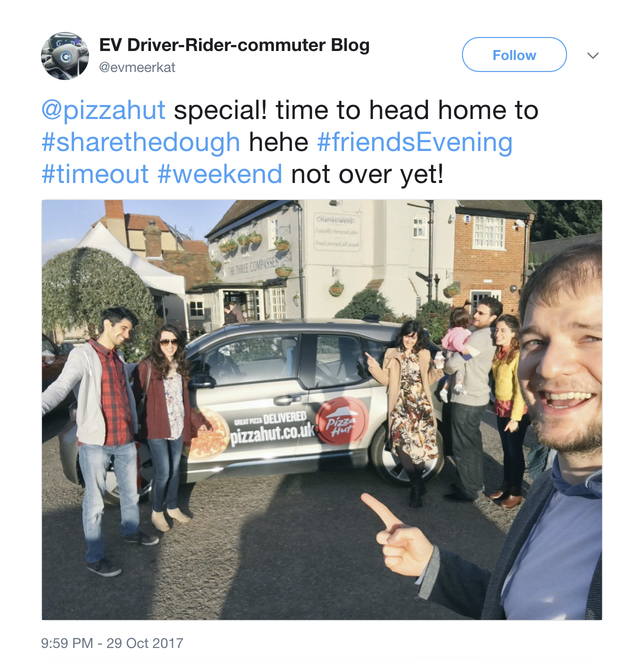 Late last year Pizza Hut was thinking of news ways that they could reach their customers authentically. The run-up to Autumn is a crucial time of the year for takeaway retailers. The barbecues get put away and consumers start to spend the evening indoors.

At such an important time of the year, they couldn’t afford to get this wrong. On top of this, the likes of Uber and Deliveroo were biting at their heels. Failure was not an option.

They had used billboards and flyers before and they’d worked to build awareness. What these missed was that human touch that Pizza Hut was looking for.

They wanted a way to strengthen their customer relationships with the local community.

“For us, community is important, we wanted to get more people talking about Pizza Hut Delivery around stores in North and North East London.”

We reached out to Shakeel and told him that we could connect the Pizza Hut brand directly with local residents by advertising on their cars.

Rather than a billboard advert on the side of the road. Pizza Hut could have many moving adverts covering North London. Each one connected directly to a member of the local community.

What’s even better is that each individual has a whole family, a network of friends and work colleagues that they can share their experience with.

This is a new level of engagement, not possible with billboard ads.

Now we just had to find our biggest pizza loving drivers in North London and get them fitted with eye-catching billboard designs!

The beauty of this was that all the drivers were visible in the key areas near to the stores' location. Being such a targeted campaign, it was very common for drivers to see each other and commute directly past the stores.

This sounds great, but that wasn’t enough.

Taking it one step further

We took this to a whole new level by turning our drivers into online micro influencers for Pizza Hut. The drivers shared their daily adventures online with the hashtag #sharethedough. 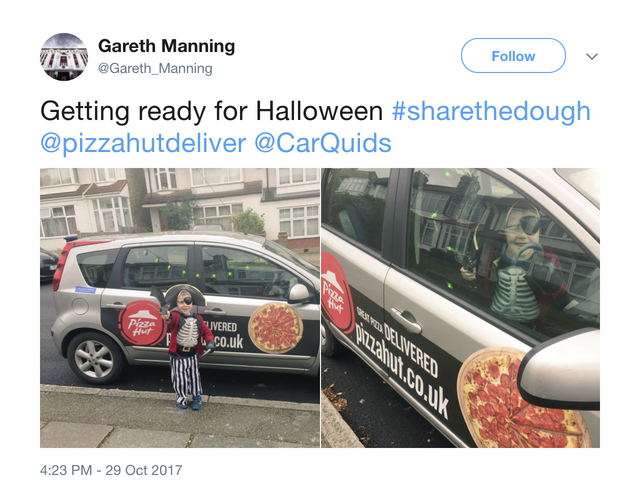 The drivers loved this and really got into the spirit. They were snapping pictures all around the local area, with lots of involvement from friends and family and of course plenty of free pizza.

Pizza Hut thought it was great too! Shakeel commented:

“We’re proud to have run such an innovative campaign, which, as well as the cars leaving a lasting impression in the community, helped us ramp up our social media exposure in the area.”

How are you getting closer to your customers?

Do you want to find out even more about the Pizza Hut campaign? Enter your email address below to see the case study.