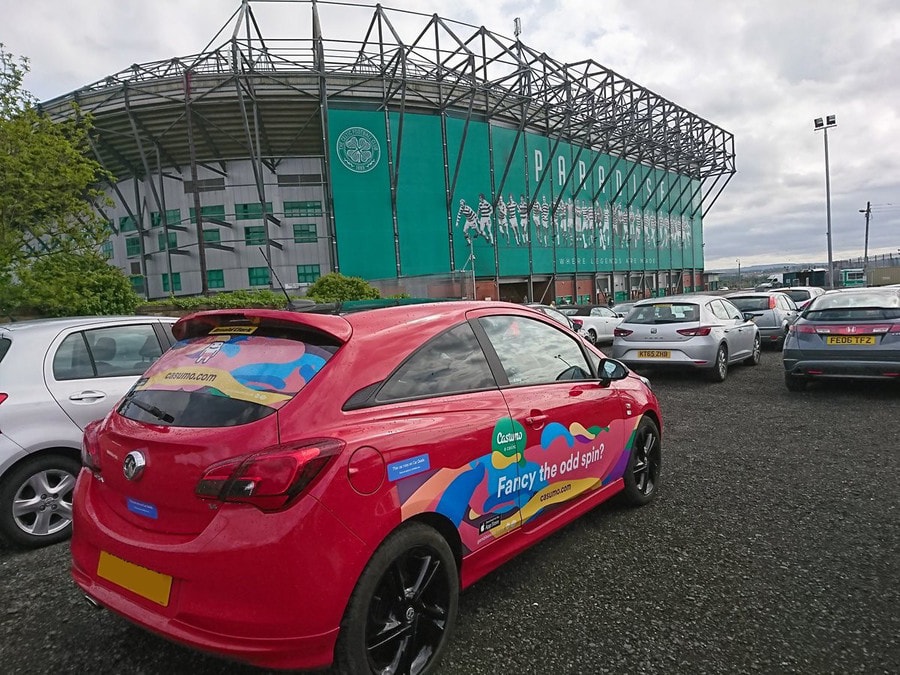 While outdoor can be very effective, it is often clustered together, around public transport hubs and city centers. This is effective for reaching some audiences, but is often not efficient for extending reach beyond these clusters.

Why is extending reach difficult?

Planning a campaign that successfully reaches your target audience can be difficult. A large outdoor campaign might reach 25% of a city, doubling the size of the campaign might only extend the reach by 5-10%. This is simply a function of scale, when many sites are clustered in the same area the audience overlap will be large. This makes it easier to achieve increases in total impressions, but not necessarily unique views of an ad.

How does car advertising extend reach?

Extending reach, therefore, requires ad postings that cover different audiences. Advertising on cars achieves this because it follows the movement of real people, and their daily routine and can be booked so as to not overlap with other outdoor advertising sites. The map below illustrates how in a city of 750,000, like Nottingham, even just 5 cars can achieve a staggering reach. Covering 18,000 miles of road, literally blanketing the city with advertising.

When overlaid with the over 100 bus routes in Nottingham it becomes even clearer how car advertising can extend reach cost effectively. The percentage of the city covered by just 5 cars is over 150% greater than that of 100 bus routes.

Where does car advertising fit in?

While the figures above paint an impressive picture of car advertising it belies two other core metrics for an outdoor campaign - frequency and total impact. Bus advertising with its consistent movements in dense urban areas, make it a strong channel to achieve big audiences with a high opportunity to see an ad. Both formats have their relative strengths and weaknesses, but when used together as complementary channels far better results can be achieved.

Planning a campaign therefore requires an appreciation of where different formats, bus or car advertising, can add value. A recent campaign run by eMoov for example utilized Bus advertising, TV, and Radio, in two similar cities but extended the campaign in one of the cities to isolate the impact of car advertising.

How can you track the results?

As a technology company we use GPS devices to monitor our fleet of cars, it gives us accountability and allows us to demonstrate clear performance metrics to our clients through an online dashboard. In previous campaigns our clients have used promotion codes, unique phone numbers, and other direct response call to actions to track the performance of a campaign.

However, we’ve found the most effective way to measure results is to A/B test different cities to isolate the impact of the activity. eMoov planned two identical campaigns in two different cities, and used car advertising as the only variable. This allowed them to accurately measure the additional impact of car advertising on their campaign. Incorporating a brand tracking study before, during, and after the campaign helped eMoov to measure the impact on brand awareness.